The last event I went to before COVID hit was the first Beerhurst-at-Deerhurst Craft Beer Festival in Huntsville, Ontario. I was there covering an ‘Out and About’ segment for Muskoka Life/Metroland Media taking pictures and talking to people about their favourite beers at the event and the fun everyone was having. This was on March 7 when the messaging was pretty much just “wash your hands and you should be fine”. I obsessively used hand sanitizer when I would touch anything, but despite the general anxiety, people were having fun. Mike Harrison, the head brewer at New Ontario Brewing in North Bay had just moved to their new location and was excited about the upgrade in space that they were getting.

It’s weird to think that less than a month later, New Ontario would be getting a still and, operating under the name PureNorth Medical, would go on to produce more than 100,000 litres of hand sanitizer to help frontline workers during the pandemic.

When the pandemic became more urgent and the shutdown began (at this point under the thought that all will be normal by April), I was shaking with anxiety. I caught a cold from the festival which produced some mild worry, but seeing all the deaths happening in Italy were concerning and I was worried about my friends and family around the world. Additionally, as an asthmatic I’m considered immunocompromised and the stress of knowing that my little brother died from breathing complications weighed heavily on me. Hanging out with my partner Jaimy over cans of Guinness at a safe distance during St. Patrick’s Day and drinking away the worry for the night, however, proved to be a bright spot during that initial time of anxiety.

As time went on and it was looking like this was going to be a longer thing, I buried myself in work. With so much closed and new legislation allowing bars and restaurants to serve takeout and delivery alcohol, knowing where to find this stuff became more important. So with that I began writing weekly drinks pieces for NOW Magazine, a Toronto alt-weekly that…well, simply put I’ve wanted to write for them since I was a kid, so it was a thrill to do it. I wrote explainers on the new legislation, the state of bar entertainment like trivia and karaoke, and of course some damn fine lists of good beers to pick up and where to get them. I’m incredibly proud of that work and grateful to have been given the chance to write it. 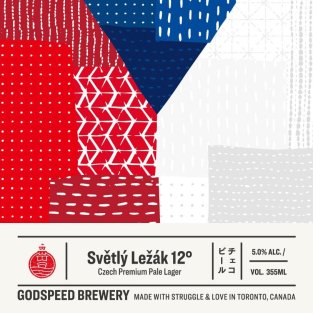 There were two pieces I wrote in particular about the Toronto/Ontario beer industry that made me proud to work this beat. The first was for NOW about how local sales have been making some breweries busier than ever. For added context to this, during the height of the lockdown, The Beer Store was closed because of hackers and the LCBO had lines outside that extended to other streets. People who normally went to both of those stores to pick up a case of Molson or Laker decided the lines just weren’t worth it and instead looked to their own local brewery for a drink. What’s more, beer fans were making regular orders leading many breweries unable to catch up with demand. It was a good sign of solidarity among the usually reserved to-each-their-own Torontonians and warmed my heart incredibly. It was also good to see a lot of breweries doing well (though I imagine by now they’re absolutely sick of the sound of the canning machine).

The second article was for Muskoka Life about Ontario craft breweries (and one bar) helping out their local communities during the pandemic. Muskoka Brewery donated funds to the Muskoka Algonquin Healthcare COVID-19 Emergency Relief Fund through their #STAYATHOME trivia and Hope To Health events over Zoom. Henderson Brewing teamed up with Honest Ed’s sign maker Wayne Reuban on an initiative that benefitted the Parkdale Community Food Bank. These are just a few of the things done by so many breweries who earned their mettle as not just a place that makes beer, but a fellow neighbour. A part of the community.

Because that’s what you do in a time of crisis. You help each other. 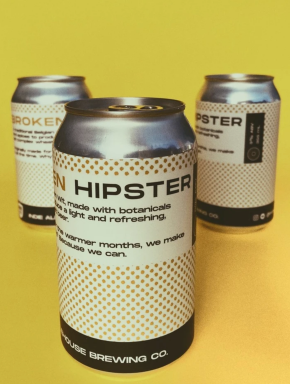 While nothing has changed in regards to fighting the virus, everything is starting to open up now. Bars and restaurants have begun to offer patio space and, despite some places ignoring the risks, many have been pretty good about making the experience as safe for staff and patrons as possible. I’m still incredibly nervous about it and wear a mask any chance I get.

However we are getting a rash of total idiots who refuse to wear a mask. America has had this brand of moron since the start but in Canada there’s a large group of people who, if Prime Minister Justin Trudeau asked people not to hit their own face with a brick, would feel that the PM was looking to oppress them in their god-given right to hit their face with a brick, all while citing some nonsense reason including a bogus science report that says it’s actually beneficial to hit your face with a brick. Anyways, that’s more attention than they deserve. Right now they’re doing what the stupid QAnon Americans are doing, going into stores with the sole intention of getting into a fight. My friend Rob (The Drunk Polkaroo), already under stress on having to work during the pandemic, is just waiting for one of these assholes to show up at his place of work.

Black is Beautiful Imperial Stout, Weathered Souls Brewing Co., San Antonio, Texas (And other breweries all over the world)
10% ABV 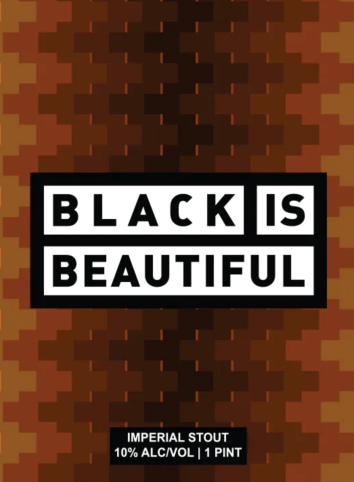 And of course other things are happening. On May 25th, George Floyd was murdered by Minneapolis Police when an officer kneeled on his neck for eight minutes and 46 seconds over an accusation of using a counterfeit bill. I can’t even begin to express my anger at this. And the problem is that it’s not a one-off moment, Black people are constantly killed by police and it’s felt like no matter how often they speak up against it the white communities just nod and look real empathetic before letting the blood-covered status quo resume.

Protests have been happening ever since and for once it seems like every industry and social group is taking a look at the deep down systemic racism that they have been perpetuating and resolving to do something about it.

A lot of white people I know have also been wrestling with how to support. Some keep silent because they don’t want to interrupt Black voices, and others either don’t know what to say or worry that they’ll sound like their pandering. Bit by bit though we’re learning that as white people we need to talk to each other about the problems we are responsible for, vocally stand up against systemic racism, and work towards bettering ourselves as allies. Here’s a good place to start.You can also start by donating to any of these Black organizations and fundraisers.

As more time goes on and many breweries are still figuring out their statement to address what’s going on, I think of Ren Navarro from Beer. Diversity. I feel like she’s caught between mindsets where she’s tired and as a Black woman doesn’t want to be the sole teacher/Google stand-in to educate white colleagues, but there’s a concern that if she doesn’t do that then said colleagues won’t bother to learn that stuff on their own.

And in talking with her, I know she’s particularly frustrated with influencers making hollow shows of support while never showing any intention of putting in the work to be better.

I’m over 1200 words into this piece and I honestly don’t feel like I’ve even begun to get into why 2020 has been such a shitshow of a year. A lot of people are sad, angry, and afraid right now. When good news comes out it’s a weird feeling because we’re honestly so used to things being bad we can’t even process the good.

But in all of this one glimmer of hope that has stayed bright through this whole time is that despite the anger, despite the hurt, despite the uncertainty, many of us are looking out for each other. Having beers over zoom, texting friends to check in on them, putting in mass orderings of local beer for your neighbourhood, doing grocery store runs for your neighbour…a lot of people have learned to be kind, compassionate, and empathetic during this time.