It’s something I get told by a lot of folks who are new to better beer and I get what they’re saying, but often have to point out that what they REALLY mean is “I don’t like bitter beers”. And you know what? That’s completely valid.

I’ve often been pretty resentful of the bitter IPA being used as a flagship brand of craft beer, particularly when it was rising in America back in the 80s/90s. I get that it was a scene that was largely identified as brewing what the big guys weren’t brewing, and I also get that making something as boldly flavoured as an IPA is a lot easier in the burgeoning homebrewing scene than making a pilsner, but I still feel that the identity of making a very bitter beer has haunted craft lovers and has been a barrier to folks who are thinking about trying new beers.

But anyways, I digress. Hoppy. Bitter. Not really the same thing.

So here’s the thing about hops: there are a LOT of different varieties to them. To put it in another context, you know how with the hop plant’s cousin cannabis (aka mary jane, the devil’s lettuce, grass, pot, reefer) there are a seemingly endless number of strains, with more being grown all the time, with a wide range of flavours like pink lemonade, pineapple, blueberry, pine, and even cheese? Same concept applies to hops.

And while in beer-making there are bittering hops and aroma hops out there, that are meant to benefit what they set out to do, more and more dual-use hops are being cultivated, with many that taste like mango, pineapple, and strawberries rather than just some all-encompassing bitterness.

It should also be said that, depending on the beer style, the roasted notes of the grain may be additionally to blame for bitterness. Particularly in the older IPAs, which typically had a significant bitter malt presence to back up the, usually grapefruit rind-flavoured hops.

If you’re at the store and want to avoid something that is too bitter, all you have to do is look at the bottle and see where at the IBU (International Bittering Units) are. While IBU determination is kind of inexact and you’ll need to do your own personal research to figure out where your favourite or least preferred beers fall on the scale, the safe bet is that the lower the IBU the lower the bitterness. 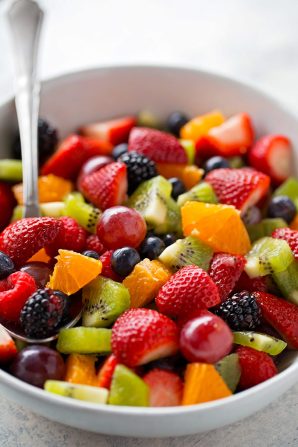 However! All of this talk on the flavours of hops has made for a good segue into another topic of learning to separate flavours in beer while tasting them. I’ll touch on it briefly.

A good first lesson that I tend to promote is also a pretty healthy one: eat a bunch of fruit. The reasons for that are:

So with that, here’s a few hop varieties that show off a range of flavours. It’s not an essential list by any means, but will hopefully get you thinking about hops less about its bitterness and more about what characteristics they actually impart. For a list of more varieties and what they do, you can check out Hopslist for a good rundown of what’s what.

Cascade – Probably the most common hop variety, a good part responsible for the rise of the IPA. You’ll get a lot of grapefruit out of this one. Particularly Ruby Red.

Citra – I daresay Citra has been a heavy contender for most-used hop, taking the citrus grapefruit notes that Cascade has and taking them to 11 along with more flavours like peach and lychee.

Galaxy – While citrus is still, very mildly, in this variety, it’s the tropical fruits that make it a star. Melon, passionfruit, and mango are some flavours to expect.

Vic Secret – Often referred to as Galaxy Lite (okay, probably not), the burst of flavours is a bit more subdued than Galaxy, but passionfruit, melon, and even some pineapple are present with just a dab of pine.

Mosaic – Stepping away from the citrus notes, I find that Mosaic takes on flavours of melon, mango, and mixed berries.

Fuggles – Aye, an old English variety seen in quite a lot of beers both today and throughout history. No fruit here, mate. It’s all very earthy and woody notes. Usually spotted with its friend East Kent Goldings, which offers a spicy floral character to complement it.

Czech Saaz – More commonly found in Czech pilsners, this hop variety also has very earthy root flavours to it, with a slight peppery kick to it.