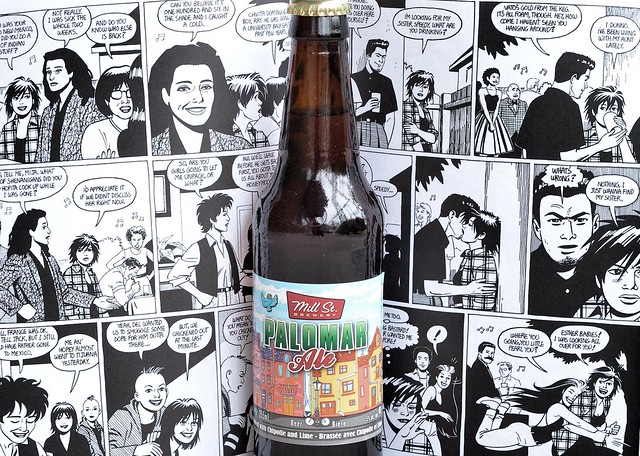 Regular readers here will know that I’m a bit of a nerd. Mainly, I love video games, MST3K, Star Trek, and comics. So it’s always a lot of fun when my nerdy side meets my beer geeky side by some rather awesome brew ideas. The following are two of the more interesting geeky beers available right now.

NOTE: I should say that I wanted to include one of the Game of Thrones beers put out by Ommegang Brewery and HBO, but I was saddened to find that the two stores I went to find it in no longer had it in stock. I promise I’ll talk about it as soon as I can find a bottle, though I’m a bit nervous about pairing it with EVERYONE I LOVE DYING.

First up we have Vulcan Ale, a contract brew put out by the Federation of Beer for the centennial celebrations of the town of Vulcan, Alberta and as such, the only officially licensed Star Trek Beer. Before you get in a tizzy, YES I KNOW VULCANS DON’T USUALLY DRINK ALCOHOL AND IT WOULD HAVE BEEN BETTER IF IT WAS ROMULAN ALE. We know. I know. Every time I mention this beer to people they say the same thing. I’m not going to pull a “it’s just a show you should really just relax”, but I will say to allow a bit of suspension of disbelief because it was for the town of Vulcan, Alberta, and you’ll notice that Spock did partake in a few alcoholic celebrations and the planet does have it’s own Brandy so it may be in the realm of possibility that there is a small brewery on the planet Vulcan. Maybe.

The beer was brewed by Montana-based brewery Harvest Moon Brewing Company and brought in by importers Delancey Direct (I know, I know, I laughed too, but it’s the wrong spelling). To reflect the colour of the red planet Vulcan, the brewery decided to go with an Irish Red Ale. It’s running at about 5.4% ABV and sold in individual cans at a little over $3 each (depending where you’re at).

I have to admit, I got a bit too excited when this beer came out here in Ontario and decided to put my special Star Trek socks on, a t-shirt that a friend bought me, and put on a season one episode of Star Trek The Original Series (TOS) just to see how it would pair with the drink. And oddly enough…it went well. The beer wasn’t quite what I was expecting, very English influenced. Mild caramel taste with a sweetness at the end that feels kind of weird. In the end I found it matched the original show perfectly, having a sweet warmth enveloping it while at the same time the various complexities are there for you to discover and think about. While it is a little to sweet for my tastes, it’s an excellent beer as mild as the Chief Science Officer himself.

The Federation of Beer has a plan to do an ongoing series with the Star Trek beers. Next up will be a Rye Dunkelweizen by Tin Man Brewing of Evansville, Indiana called Klingon Warnog (which actually is a traditional Klingon Ale, normally very clear in colour), which will be the first of the Star Trek beers to hit the United States. Needless to say, I’m excited to try a glorious Klingon beer to quaff after a good battle where many friends died well. Iwllj jachjaj!

I should mention that, although it may be due to understaffing or not enough of a budget, I feel that the Federation of Beer really dropped the ball on the marketing of the nationwide launch. It was released in the LCBO with barely a whisper from them and any questions I had sent were either met with no reply. And so far there doesn’t seem to be any word on Star Trek Day celebrations, which strikes me as an easy tie-in. But whatever, that’s just my opinion. LLAP.

Second up is the latest offering from Mill Street Brewery here in Toronto. As part of their Summer pack, they decided to let their brewpub in Ottawa have a go at making a summer sipper and the result is an amber ale with lime and chipotle called Palomar Ale (pictured above). The beer is, if you didn’t pick up on it, named after the fictional town in Mexico that the famous Hernandez Brothers comic Love & Rockets took place in. 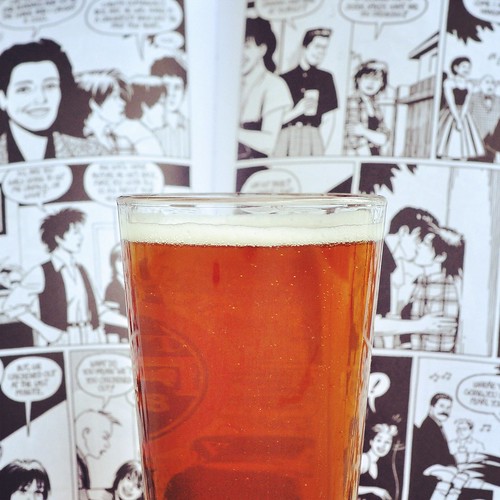 Firstly, I really have to give credit to Mill Street on the reference. It was awesome to hear how geeky the Ottawa crew is along with how much of a long time fan of the Hernandez Brothers the seemingly mild-mannered brewmaster Joel Manning is. Of all the breweries to make a Love & Rockets reference I never would have figured Mill Street to be the one to make it. Bra-freaking-vo.

As for the beer itself, it’s rather tasty. Nice grain tone to it with some crisp bitterness that is complemented by the gorgeous taste of lime. The chipotle is…definitely on the subtle side, being present only as a slight tingle of heat at the back of the throat at the end of tasting. I’m kind of curious to see how this will go in the blisteringly hot summer, as this strikes me as a little too malty for a the season. But then again, I’ve been proven wrong before. All in all, the lime was definitely the star of the show and it was quite enjoyable to sit on my porch in the somewhat cool Spring day. I think I may drink this while watching some wrestling.