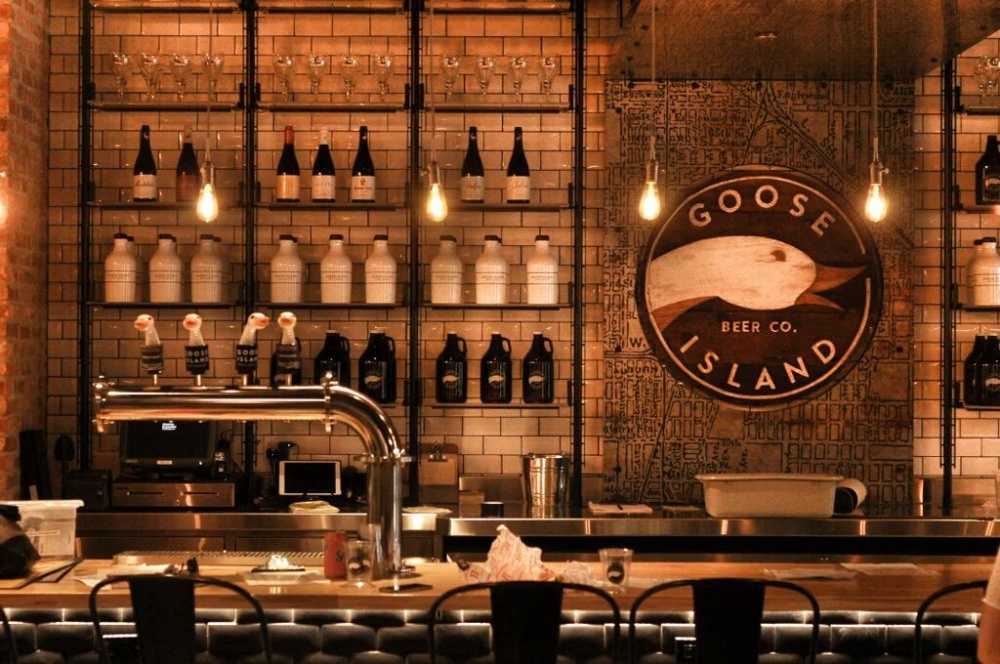 I have a lot of fond memories of Chicago.

Longtime readers may remember that I was there back in 2012, where I went to C2E2 with my partner at the time, hung out with a few of my friends (some from Chicago, others from NYC), and tried a LOT of fantastic beers. 3 Floyd’s Arctic Panzer Wolf, the many amazing selections Revolution Brewing had and still has, and, of course, Goose Island beers. In fact, Matilda was the very first beer I had in Chicago, and was the first beer with Brettanomyces in it that I had. While it wasn’t the best Goose Island beer of the trip (That title goes to the FANTASTIC bottle of Bourbon County Bramble Rye I had), it still has a special place in my heart. Hell, I still think I have one of the bottles from that trip stashed away in the cellar.

What I didn’t quite realize at the time was that there was a very heated debate going on in the beer circles. In 2011 Goose Island announced that they would be selling their stake of the brewery to Anheuser-Busch InBev, with the remaining shares also being sold to AB InBev. Social media went, as it always does with news like this, absolutely nuts. A year after the announcement when things were starting to roll out, the web was filled with conspiracy theories and scenarios of the quality of beer taking a severe nosedive. Three years later, Goose Island has made more of a push in to the Canadian market, with the latest offering, Goose IPA, being a favourite among many.

So when Goose Island invited me on trip to Chicago in September to tour their facilities and check out the much anticipated 312 Block Party, I jumped at the chance for a few reasons. Firstly, I’ve heard a lot about the block party. My local friend from Chicago, Corben, said a lot of good things about it, as well as many beer nerd friends. Secondly, I wanted to try some of the more different offerings from the brewery. So far we only have Matilda, Sophie, Pepe Nero, Honkers, and Goose IPA. All staples and mainstays. I wanted some one-offs. And finally, I wanted to see the differences found four years after a small brewery has been bought by one of the big guys.

They’re doing really good work in the name of better beer and the buyout has done little more than given them the tools to play around more and bring forth offerings typically found in a few bars in a single city to places all over the country. Aside from the very normal problem all breweries regardless of size have in terms of some batches not doing as well as others, there has been very little drop in terms of quality (frankly there’s been a rise) and the rate of consistency of said quality is outstanding.

With no other beer is this more true than with Bourbon County Stout. Originally served as a special milestone “batch 1000” beer at their Clybourne brewpub in 1992, the beer now has a cult following among beer nerds. The Bourbon County off-shoots have an arguably even more rabid following, with crowds at the 312 Block Party running as fast as they could in the rain to get in line for a small sample of the selected limited release batches. And to be honest, after tasting the Proprietor’s Bourbon County at the event, with the gorgeous notes of Cassia and coconut water and a slightly warming creamy texture…hell, I’d run through a fire for that beer. Several fires, even.

As far as what’s changed at Goose Island since I was last there, it seems to be one of those “good kinds of problems” that I’ve been seeing a lot with breweries who are either bought or are just naturally growing. Similar to the Sam Adams brewery in Boston, Goose Island’s Fulton brewery, where the beers were mostly made, seems to be slowly transforming in to an art space for beer, allowing brewers to experiment with ideas on new brews that range from alteration on classic styles, to . The other part of the brewery is devoted to one of their best sellers, Matilda. The tanks holding Matilda are freakin’ huge, with several vertical tanks on the roof being maintained temperature-wise because head brewer Jared Jankowski and his team found that Matilda tastes better when it’s brewed in the winter.

The real big change though, and by far one of the most impressive, is Goose Island’s Barrel House. A 133,000 square foot facility filled with full barrels in numbers so large I don’t honestly think I can accurately guess and they’re already talking about expanding the damned thing. The facility is filled with beer aging in pretty much all types of barrels you can think of (different bourbons, different wines, different tequilas…), all in varying degrees of time length and temperature. It’s a monstrous facility that really brings home the primary drive of Goose Island’s success: their ability to make rare beers combined with the actual talent it takes to make them well.

So as I’m standing in the barrel house sipping on a 2013 Gillian, a mindblowing farmhouse ale with strawberry notes and a hint of wildflowers and honey with a delicate dry finish, a world class beer to be sure…I can’t help but think “why would I ever be against a brewery, or a company that purchases a brewery, that wants to make this facility and beers like this a reality?”

And that’s where, in the name of good beer, I have to side with Goose Island. I understand that a lot of people hate big breweries and feel that they take jobs and revenue away from smaller breweries, but this trip gave me the impression that Goose Island isn’t trying to do that as much as people suspect. While they have many quality beers as part of their regular rotation (Again, my love for Goose IPA is deep) and those are found around more and more, it’s the rare beers like Proprietor’s Bourbon County Stout or the 2013 Gillian, that are very clearly the focus and frankly, there are very few breweries that are making rare beers like they are on that large of a scale. Regular beers get lost in the shuffle and there’s a lot of concern about oversaturation. Hell, go in to any liquor store (Like Chicago’s Binny’s) to see the reality of that. White Whale Beers however, the kind of beers the people line up for 5+ hours for or run at breakneck speeds through the rain for a SAMPLE…those are growing, but are less abundant. And it’s there that I think Goose Island is most comfortable. 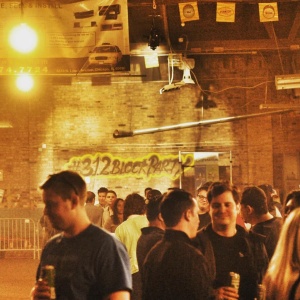 The 312 Block Party was a testament to that final point, I feel. While the first night was rainy, the second night had clearer weather and was just jam-packed with folks enjoying themselves and clamouring for the beers on offer. Many didn’t care about the politics of the brewery, they were there for several reasons. The rare beers, the seasonal beers and collaborations (including the incredible Coffee Ale, brewed with Intelligentsia Coffee beans), the music, and because the block party has quite simply embedded itself in to the city. Of course there are many breweries within the city, and when you think of Chicago several come up, but one of them certainly is Goose Island and I know very few locals who aren’t excited when the Block Party comes around each year.

I’m really glad I went on this trip. Aside from getting to see my friend Corben, getting introduced to some fabulous places like the Eleven City Diner and the delightful dive the Ten Cat Tavern, and getting some serious shopping in at The Spice House (my favourite spice shop ever), it was good to see the status of a brewery that I initially had fond memories of and to see that their quality hasn’t dropped over time, but that they have been putting more focus in to higher quality beers and embracing the concept of rarity.